At the start of the 2017–18 academic year, Caddo Parish Public Schools administrators embarked on a district-wide initiative to implement high-quality instructional materials and began piloting the top-rated Zearn Math curriculum. After one year of implementation, students at the pilot schools experienced strong growth in academic achievement and improved their mindsets toward math. Enthusiasm for the new curriculum among students and teachers, combined with the positive results, led the district to select Zearn Math as its official K–5 math curriculum and roll out Zearn Math to all 40 Caddo elementary schools for the 2018–19 school year.

Our students can now engage with grade-level content that is scaffolded to meet their needs. I’ve seen the impact of Zearn Math first hand. I know it works.

Making the switch to Zearn Math

JS Clark and Queensborough Elementary were the first two Caddo Parish schools to use Zearn Math, beginning in the fall of 2017. To support teachers as they implemented the new curriculum, the district invested in up-front professional development (PD), including Elementary Math Summer Institutes, where teachers participated in collaborative PD sessions to learn about the new math curriculum and prepare for the first day of school. Sommer Anderson-Picou, K–5 Math Curriculum Specialist at Caddo, shared, “Our district was focused on supporting teachers as they made the shift to Zearn Math. Zearn Implementation PD helped us establish the right systems and routines from the get-go, so every student was set up for success.” As early academic results started to show encouraging growth, more schools in the district began to adopt the curriculum mid-year. Picou continued, “As other teachers started hearing about the results at JS Clark and Queensborough, Zearn Math use quickly spread through our district.”

Enabling differentiation for every student

Caddo Parish administrators and teachers believe the differentiation embedded in Zearn Math is a key driver of the improvements. Before implementing Zearn Math, Caddo students learned math through traditional whole-class instruction. After adopting Zearn Math, students began learning in a rotational classroom model, with time each day for teacher-led small group lessons and self-paced digital lessons. During each rotation, students worked through grade-level math and were supported with in-the-moment feedback and on-ramps to content. Marco French, Principal of Queensborough Elementary, noted, “What is so powerful about Zearn Math is the combination of daily small group and digital instruction. All of our students can now engage with grade-level content that is scaffolded to meet their needs, either through personalized digital remediation or live support from the teacher in a small group. I’ve seen the impact of Zearn Math first hand. I know it works.”

Zearn Math’s emphasis on growth has helped our students feel more supported as they learn.

As use of the new curriculum spread across Caddo Parish, educators began noticing improvements in students’ mindsets toward math in addition to their academic results. A Zearn survey found that 3rd–5th grade Caddo students who completed roughly half the Zearn Math curriculum (60+ Independent Digital Lessons) were significantly more likely than other Caddo students to report a love of math and a belief in their ability to improve. French shared,“With Zearn, our students are seeing their mistakes as learning opportunities, and with that mindset shift has come more confidence and a greater enthusiasm for math.” Anderson-Picou continued, “Implementing Zearn Math has helped us shift our students’ attitudes toward math, even as they’re working through more rigorous content. Zearn Math’s emphasis on growth has helped our students feel more supported as they learn. 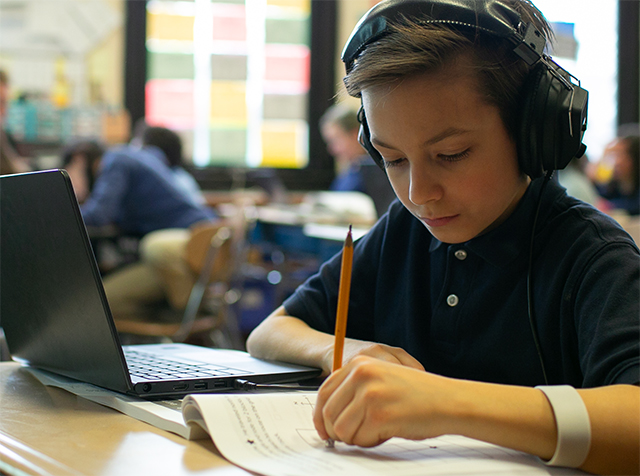 Consecutive years of math growth when learning with Zearn Math 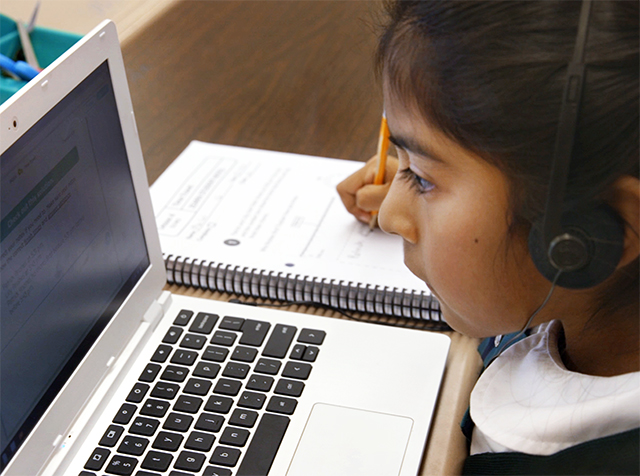 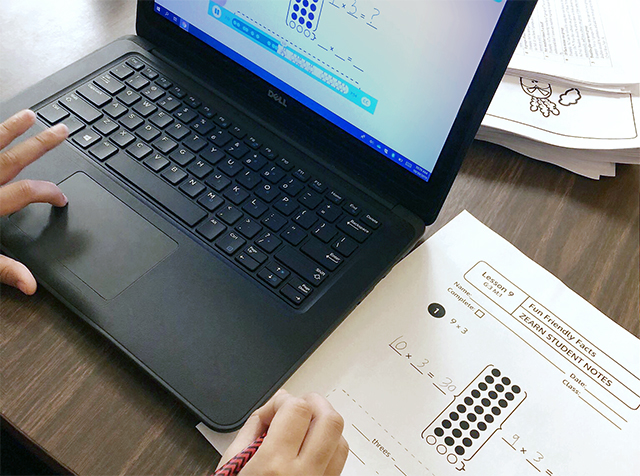